Heronswood is one of the most iconic and beautiful gardens in Australia. It is a gorgeous property overlooking Port Phillip Bay on the Mornington Peninsula. 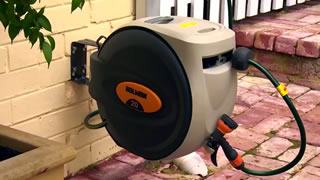 Watering a large garden with a retractable hose