Weeds are the biggest pain in the garden, but not all weeds are bad news. A few years back a chef in California started doing something man-kind had been doing for thousands of years; he started foraging through street verges, vacant blocks, bushland and bringing weeds back to the restaurant..Sounds like something strange and exotic?  You might be able to do the same in your own back yard. 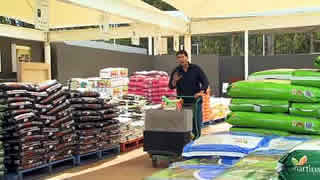 Osmocote Plus Organic Herb and Veg